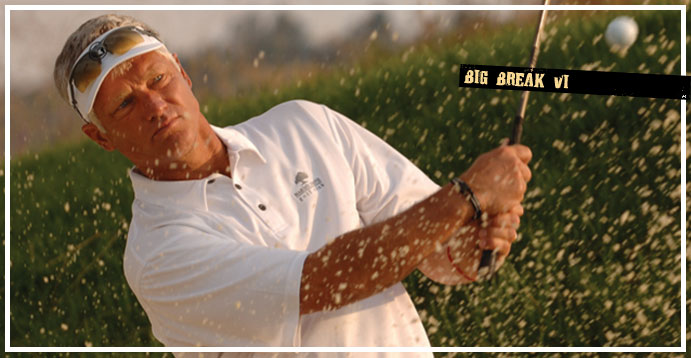 For McCool Travel’s 49th travel interview, I am pleased to introduce (most of) you to Kelly Murray. Kelly is a golfer extraordinaire. He formerly held the Guinness World Record for longest golf drive. Details and more golf stuff in his bio.
This is the first profile where I thought it would be better to present a video (NOTE: no video in this post), because Kelly ALWAYS has a story. Whenever I would see him, the conversation (monologue, really) would inevitably begin with him saying, “true story,” and then riffing until my ears got tired. 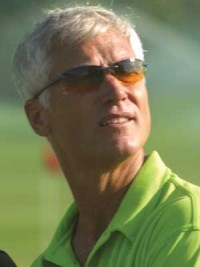 Of my 49 (to date) profiles, Kelly Murray is the person I know the best. His son is the same age as my children. I coached his son for two little league seasons, one of which Kelly’s company sponsored the team. At the team party, Kelly put on a golf exhibition that amazed me, if not the group of 9 year olds; although they may have been distracted by pizza and drinks. He picked a small pond way beyond the last driving range sign. With a seemingly effortless swing, his ball did not land in the pond but instead hit the water (probably 325 yards away) and landed on the opposite shore. He simply said, “Oh, I think I hit a turtle.”
Since the Murrays moved to Florida, Northern Virginia has been quieter (Kelly, I kid) and the McCool Salsa Fests and Holiday parties have not been the same. Kelly was initially reluctant because he does not have Twitter and Instagram accounts like so many other profiles. I am pleased and honored he follows McCoolTravel.com. Knowing that he has traveled extensively around the world, I knew his experiences would be tip-worthy. I hope you agree.
Perhaps I will start a video travel profile series. Any volunteer subjects?
Kelly Murray’s bio:
“Kelly Murray is a golf professional with more than 34 years of experience competing and performing. He has traveled to more than 25 countries, competed in over 100 national opens, won 3 international opens, and tied a Canadian PGA Tour low round score of 60 in the 1987 Manitoba Open. In 1990, he set a Guinness World Record by hitting a golf ball 684.8 yards (626.2 meters) with a wooden driver, besting the previous mark by over 50 yards. He has won over 100 long distance driving competitions (104 out of 129). Kelly competed on two seasons of The Big Break on The Golf Channel and has written numerous pieces for golf magazines. He has entertained thousands of golfers with his power driving and trick shot exhibitions. ”

Hometown…
Grew up in Vancouver, Canada. Now lives in Palm Harbor, Florida
Always in my luggage…
A favorite food, usually energy bars.
3 favorite home-away-from-home places…
Vancouver, Japan, California
A favorite travel memory is…
Traveling in Japan when I met my wife. Also after winning the 1982 Trinidad Tobago open, I went to my caddy and his friends celebration party with my father. We drank rum and coconut and chowed down on authentic Fish Head soup in the back villages of Tobago.
3 favorite travel brands…

3 money-saving travel tactics I use are…

3 ways that I have fun while traveling are…

8 word (or less) travel mantra…
“Go solo.”
My favorite non-travel website…
PGA Tour
most memorable souvenir…
blow dart gun made of bone, a souvenir from traveling in Borneo
favorite cheap eat…
any kind of noodle dish at Newtons Circus in Singapore
recent discovery…
I like to stay close to home and I have frequent flyer miles on 38 airlines.
I am fortunate to have met…
Donald Trump and President Clinton and I have played golf with most of the greats.
I would like to meet…
good question [editor note: “Thank you. I try.”] 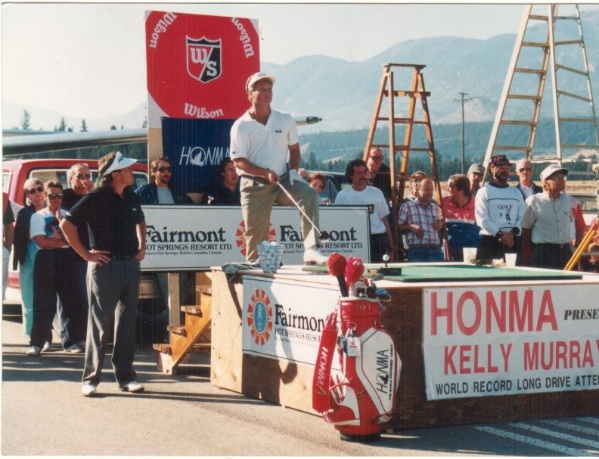