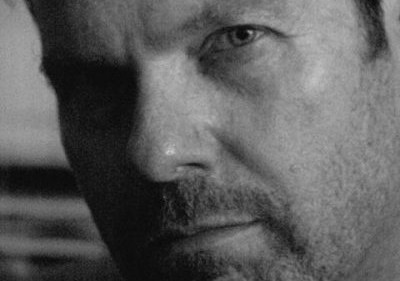 Jerome Shaw is the editor of Travel Boldly. He is in year three of a three year mission to visit the world’s largest Carnival celebrations. In 2013 he was in Mazatlan, Mexico for the world’s third largest Carnival. In 2014 Jerome spent Fat Tuesday in New Orleans (the second largest) and expects to be in Rio in February 2015 to complete the Carnival trifecta.
Jerome began his career as a still photographer shooting skiing in Aspen during the late 70’s. Jerome caught the travel bug during a trip to Mexico to shoot brochures for Frontier Airlines and a subsequent trip to Hawaii to shoot a swimwear catalog. He graduated to adventure travel when he worked on the Discovery Channel Travel Series, Sir Edmund Hillary’s World of adventure in the mid 80s. After 20 years of being the photographer in the writer/photographer team, Jerome began writing in the mid 90’s with a series of travel stories for the Bolder Planet.
He retired from Commercial Photography in 2007 to return to his first love, travel writing and photography. He teaches travel photography and will conduct a workshop on travel writing and photography in Santa Fe, New Mexico in December 2014.

Hometown
Hayes Center, Nebraska population 240 people (an indeterminate number of cattle). At least that was the population when I was growing up, probably fewer now. It is the county seat of Hayes County—named after President Rutherford B. Hayes. In fact, Hayes Center is the only incorporated town in the 25×25 mile county in southwest Nebraska.
Always in my luggage…
Chocolate and a journal & pen
3 favorite home-away-from-home places…

A favorite travel memory is…
My “last day” in Rio in 2005.
It was my last day in Rio and my friend Maisa had plans for how we should spend it. We were going to the top of Sugarloaf / Pão de Açúcar. She brought along a chilled bottle of champagne & glasses to toast what had been a marvelous month in Rio. After the champagne ran out we had a couple beers while enjoying lunch and the glorious views of Rio de Janeiro and Guanabara Bay on perfect blue sky day.
We took a cab back to Copacabana so I could pack for my evening flight. In the cab Maisa asked me “Did I really have to leave?”, already knowing my answer. I answered “yes I should” but the question kept running through my mind. Back at the apartment I started to pack. Suddenly the answer to the question changed. I didn’t have to leave.  A couple of phone calls and small ticket change fee and I could stay. The catch was I had to get tot the airline ticket office at the Copacabana Palace before 5pm when they closed.
It was not far but traffic in Copacabana, in the late afternoon, is monstrous. We got cab with about 20 minutes to travel the 10 or so blocks. Traffic stalled a few blocks from Copacabana Palace so we paid the driver got out and began running down the street. We rounded corner spotted the ticket office and bolted for the door. I hit the door —bang. It was locked. I locked eyes with a woman behind the counter and I clasped my hands in a prayerful gesture and pulled my saddest puppy dog face. She relented, unlocked locked the door and changed my ticket.
With a weeks reprieve, elation overwhelmed us and we danced and whooped our way down Copacabana beach to watch another Brazilian sunset. I have never bought that much joy for $75.
3 favorite travel brands…

3 money-saving travel tactics I use are…

3 ways that I have fun while traveling are…
Being in a new location is, in and of itself, fun. Getting there not always fun but complaining about the nuisances of getting there is part of traveling.
I like to walk and bike so I usually manage to work a bike trip or a hike into most locations I visit.
I try to get lost among the locals everywhere I go if at all possible. Even on press trips. I have been known to slide off the backend of an official tour (shhh don’t tell the PR people) and find my own way back to the hotel. Being alone among the local populace is integral to my photography and helpful in getting a true sense of a place so I can write about it. I like getting to know local people. Having local “backup” on the ground in a place I am visiting makes all the difference in how much I learn about it and how much I enjoy being there.
I like to find a book to read during the trip that incorporates the geographic location I am visiting. Or at least begin reading it while there. Usually it is not a conventional travel book and most often it is a fiction book that has some association with the locale.
I am a fan of craft beer so I am always on the lookout for a brewpub or brewery I have yet to visit. I make it a habit to find a local watering hole (and/or coffee shop) near where I am living during my stay. I swing by frequently and talk with people. I find this both enjoyable and informative.
8 word (or less) travel mantra…
Travel Boldly … or stay home.
most memorable souvenir …
A friend of mine, Roger Morgan, traded a T-shirt for a piece of pottery while we were in Peru, He was very a proud of his adept negotiating skill until he had a closer look at the ceramic sculpture he had acquired. It was an Incan fertility symbol that was anatomically correct for both sexes. He decided he couldn’t have this around the house with his then young children, so he offered it to me and I accepted it. The story that goes with this earthen ceramic sculpture is what makes it so memorable.
favorite cheap eat …

recent discovery …
The Empyrean Imperial Mango IPA and Reuben Sliders from Leadbelly’s in Lincoln Nebraska.
The Creole Gumbo at the Pelican Bar inside the Sheraton New Orleans – I ordered it as a preface to my meal. It was my meal. A very hearty and nicely spicy melange of chicken, shrimp and andouille sausage. Executive Chef Ross Turnbull described it as: “our classic all butter slow cooked mahogany roux.” I just describe it as delicious. I could eat this every day.
Coney Island Cafe in Grand Island, Nebraska. The Coney Island dogs are wonderful but it is the french fries and huge chocolate malts (served in the metal containers) that I’ll go back for.
I am fortunate to have met …
Robert Redford in Aspen in the late 70’s. I had only a handshake and short conversation with him at the Design Conference at the Aspen Institute but it taught me, that for the most part, accomplished people were not that different from the rest of us, save for their accomplishments.
I would like to meet …
Peter Theroux