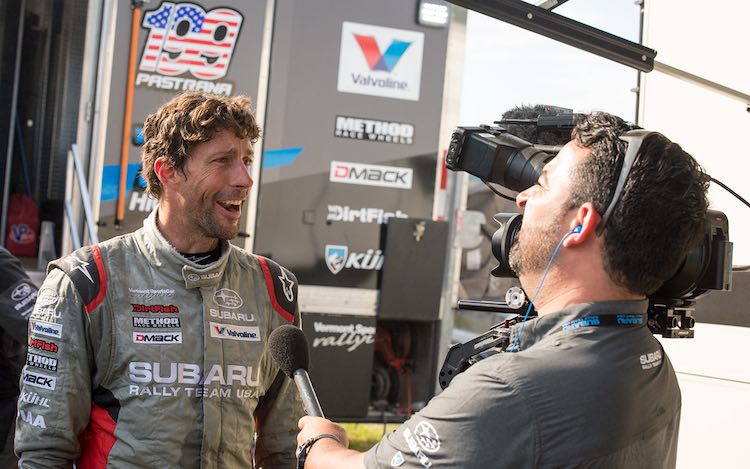 For McCool Travel’s 145th travel interview, I am thrilled to present Travis Pastrana. Yes, that is right, Travis Pastrana! I recently met Travis at the Subaru National Business Conference in Denver, where he represented the Rally Team and I was one of the Subaru Ambassadors. Check out our picture here. I know Travis is a big time extreme sports star but I also knew he would have some amazing travel insights. He did, so read on.

Although Pastrana began in the Motocross world, he became a standout in Freestyle Motocross (FMX). Besides winning nine X Games Gold Medals in FMX, he also invented many of the sport’s most demanding tricks. Pastrana gained worldwide fame when he landed the first ever double-backflip at the 2006 Summer X Games 12.

He won the Rally American National Championship four years in a row (2006-2009) with Subaru Rally Team USA. Travis Pastrana is well known for his positive and unpretentious attitude.

Travis is the co-creator and superstar of the Nitro Circus franchise which includes sold out World tours, a successful MTV TV series, and a 3D feature film. He spends his time traveling the world with his wife—professional skateboarder Lyn-z Adams Hawkins— and their two young daughters.”

ALWAYS IN MY LUGGAGE …

A Kindle. Maybe a bit old school with technology but give me something to read and any delay or missed flight is just more time to relax before getting back to the real world.

Doing push ups in the aisle of an airplane because I lost a bet and getting stopped by a huge Samoan guy that told me to go back to my seat.. turns out he was slash’s body guard. We ended up hanging out on the flight and got to go back stage at his concert the next night.

3 MONEY-SAVING TRAVEL TACTICS I USE …

3 WAYS THAT I HAVE FUN WHILE TRAVELING …

“Enjoy the journey and go with the flow”

The only better deal I’ve found is the all you can eat biscuits and gravy for under 5 bucks at Cracker Barrel. I don’t have one near my house though so I’m not sure if that’s still offered.. especially after my friend hubert clears his 5th plate in one sitting.

Free diving. I can hold my breath for over 5 minutes. Had so much fun at the cenotes in Mexico.

I AM FORTUNATE TO HAVE MET …

Jake and Theo. twin Kiwis (from New Zealand) who absolutely crush it on mountain bikes.

Thank you so much, Travis, for sharing your travel inspiration and tips.

2 thoughts on “5 Minutes With Travis Pastrana”